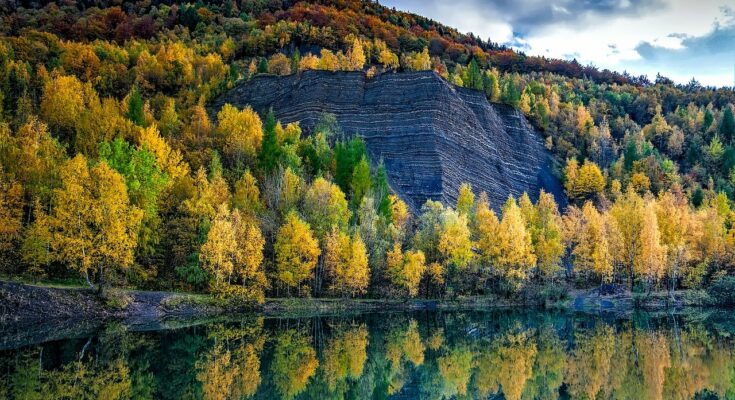 A tiny country by the Baltic Sea, Poland is the heart of Europe. It is home to a range of mountains and one of the best destinations to explore hill stations. These exceptional picturesque places are also famous as cultural hubs attracting thousands of tourists every year. The best part of a trip to Poland is that it is claimed as one of the most budget-friendly destinations that can be explored throughout Europe. This country is a visual treat for nature lovers. The major hill stations in Poland are listed below:

Poland’s only genuine mountains are found within the borders of the Tatra National Park, which extends into the country’s far southernmost region. The region’s magnificent natural splendour makes it no surprise that it has earned the coveted UNESCO biosphere designation. Therefore, it isn’t surprising that it attracts tourists annually to its extensive underground cave networks, meandering hiking paths, snow-covered ski slopes, and lush spruce woods. The Morskie Oko lake, is also located in Tatra Mountains. The charming town of Zakopane is located in the Tatra Mountains’ foothills, protected by a National Park. It provides many opportunities to engage with Polish culture as it is a well-known tourist destination. It enjoys being one of the most beautiful hill stations in Poland.

The Mountains contain cultural landmarks as well. The haunting remains of a castle from the fourteenth century can be found in the sleepy village of Bodzentyn. This spot is definitely much coveted Poland hill station in the visitor’s eye.

Bieszczady Mountains is a magnificent part of the vast Carpathian Range that cuts through the centre of Eastern Europe and provides expansive views of lush valleys and undulating highland meadows. They serve as the focal point of the nation’s Bieszczady National Park, which spans more than 290 square kilometres of land in the Podkarpackie Voivodeship and has been designated a UNESCO biosphere. Visitors can spot brown bears, wolf packs, and even the endangered European bison. This is one of the magnificent hilly places in Poland that marks a junction point between Poland, Slovakia, and Ukraine.

The Pieniny is a mountain range located in the southern part of Poland and Trzy Korony is the highest peak in this range. The highlight of these mountains is the Dunajec River valley which offers amazing rafting opportunities that make Pieniny one of the best hill stations in Poland. The hills are famous for their beautiful pine trees that create a breathtaking landscape. The lone pine tree on Mount Sokolica is world famous. Niedzica Castle, also known as Dunajec Castle, is one of the cultural sites in the Pieniny and is a fortress built in the fourteenth century.

The Gorce Mountains are located right next to the Pieniny Mountains. Mount Turbacz, the highest peak in this range, soars up to 1314 metres above sea level. In the Gorce Mountains, one can find magnificent beech and spruce woods, as well as long, twisting mountain slopes divided by serene valleys. One of the main attractions in the area is Mount Magurki, which has an observation tower at the summit with a beautiful view over the surrounding area and a perfect honeymoon destinations Poland. Mount Magurki is located at an elevation of 1,108 metres above sea level.

Within the borders of the Karkonosze National Park resides the city of Kraków, which is a must-see section of the vast Sudetes Mountains. The Karkonosze National Park has breathtaking views of fir and spruce woods, deep river valleys, and quaint settlements. Mount Nieka, the highest peak of the Karkonosze Mountains ranges, is 1603 metres above sea level. The Karkonosze Mountains are particularly noteworthy due to their high relative heights, which can reach more than 1,000 metres and offer breathtaking vistas. The stunning Szklarka Waterfall, situated on the River Szklarka, is a natural attraction in this range.

The second-highest mountain range in Poland is called the Zywiec Beskids, located to the west of the Gorce Mountains. Babia Gora is the highest peak in this range, with a height of 1725 metres above sea level. The Zywiec Beskids are famous for their outstanding scenery and highland atmosphere. A beautiful 10-metre waterfall in the village of Sopotnia Wielka is one of the main tourist destinations of this hill station in Poland.

Silesian Beskids are located to the west of Zyweic Beskids. Together with neighbouring hills, the two ranges make up a broader structure known as the Beskids. Mount Skrzyczne, the tallest peak in the Silesian Beskids, rises as high as 1257 metres above sea level. The Silesian Beskids are frequently linked to Mount Barania Góra, which is the location of the River Wisa’s source, the largest river in Poland. A scenic walking path reaches the Wisa Riverhead and ascends this hillside alongside a stream. The settlement of Jaworzynka, The Church of Saint Anne are a few noteworthy cultural landmarks in the area.

The Owl Mountains are a part of the vast Sudetes Mountains, which stretch for hundreds of kilometres in the South along the boundary between Poland and the Czech Republic. They are one of the nation’s less well-known natural wonders. They are mostly covered with vast expanses of dense spruce forest. In places like Wielka Sowa and Kalenica, the peak occasionally rises over the treeline to a height of more than 1,000 metres. Of course, countless hiking paths wind around the range, dotted with charming tiny country hamlets and rustic timber cabins.

Stolowe Mountains are a distinctive landform made up of flat, horizontal layers of rock, which may remind one of the man-made things located southwest of the Karkonosze Mountains. Szczeliniec Wielki, a large plateau that rises to a height of 919 metres above sea level, is the highest point in the range. Its many odd rock formations provide a variety of breathtaking vantage points for viewing the surroundings. Among the most prized natural beauties in the area are the wackily titled Errant Rocks, which allows one to navigate a stone labyrinth resembling a dream.

A trip to Poland would be incomplete without including a couple of the hilly places at least. So, make the plans and get packing!